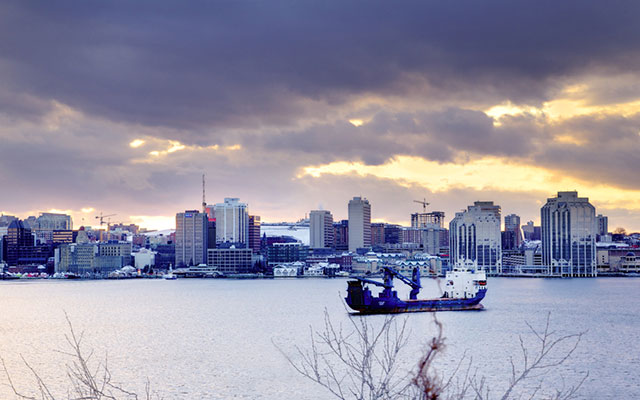 HALIFAX (CP) — A Halifax businessman who exploited foreign workers gave an emotional apology to his family on Friday, as a judge reserved his sentencing decision in an immigration case that has divided the local Filipino community.

“I would just like to say something to my family… I would like to apologize for what I have done,” Hector Mantolino told Nova Scotia Supreme Court Justice Glen McDougall, his voice breaking.

“If I would have known the consequences to what I would done, I would not have done it ever.”

Mantolino, originally from the Philippines, pleaded guilty in December 2017 to misrepresentation under provisions of the Immigration and Refugee Protection Act.

The owner of several cleaning and maintenance companies used the Temporary Foreign Worker Program (TFWP) to staff his companies, bringing 28 workers to Canada from the Philippines over a number of years.

But he paid them at least $500,000 less in total than their official reported salaries, according to the Crown.

Defence lawyer Ian Hutchison said Mantolino should be given a conditional sentence, arguing the workers were aware of and actively participated in the misrepresentation.

Hutchison said the evidence shows the employees knew they would be paid less than what was stated in their contracts, and therefore made false declarations in documents when applying to immigration streams and for permanent residency in Canada.

“Certainly, there was a choice by the workers to participate in this misrepresentation,” Hutchison told McDougall. “It was a choice of both parties, not simply by Mr. Mantolino on his own.”

Hutchison said for whatever reason, Ottawa’s Immigration Department has not deported the workers, despite having mutually participated in the misrepresentation and despite regulations stating false declarations would result in deportation.

He said the arrangement ultimately benefited the 28 employees and their families, as it allowed them to be “rewarded” with a “golden ticket” — permanent residency.

“Mr. Mantolino’s case is exceptional, my lord, in the sense that the employees were allowed to remain in the country itself,” said Hutchison, as Mantolino sat at his lawyer’s bench with his arms crossed, sometimes nodding his head in agreement.

“It’s confusing… as to why Mr. Mantolino should serve straight jail time and the employees be granted the benefit of permanent residency.”

Hutchison also cited other mitigating factors, including that Mantolino pleaded guilty, has no criminal record, and that his prospects for rehabilitation are high.

Outside of court, defence lawyer Lee Cohen described the case as a “form of collusion.”

“The reason the arrangement was entered into by employer and employees was because it ultimately facilitated permanent resident status for each of the employees,” said Cohen.

He said McDougall’s decision will be precedent-setting because Mantolino did not take advantage of the employees against their will or without them knowing.

“Two groups of people decided to break the law: the employer and the employees,” said Cohen, his client standing next to him.

“In this case, everybody was in on it together, and so that makes it different and I think the judge has got some really good information to deliberate on.”

Asked outside court if he had anything to say to his former employees, Mantolino said: “No. Not at this moment.”

McDougall reserved his decision until March 1.

McLaughlin said Mantolino took advantage of the workers because they knew Canada could provide them a better life.

The Crown is recommending a sentence of two years in prison, noting the need to deter employers and to denounce the offences against vulnerable workers.

The case has divided the local Filipino community.

Some workers who have read victim impact statements say they were underpaid and worked long hours, remaining quiet for fear of being deported back to the Southeast Asian country.

But others remain supportive of Mantolino, saying he helped them and improved their lives for the better.

Joe Mari Mangunay said the businessman was “very nice to us.” He said he was aware there were issues with his salary.

“It’s nothing compared to what I earned here in Canada? opportunity,” he said in front of a packed courtroom.

“I am very thankful and so is my family.”

But Jamie Jason Sta Juana Jr. painted a much different picture, saying Mantolino was “heartless” and that he couldn’t afford to buy diapers or formula for his child.

He described tears rolling down his face as he collected bottles for extra cash.

“He broke my dream for the future of my family, and had a great impact in my life,” he said.

“The financial and emotional devastation is too intense to be able to describe in words.”