I want to take a 25% lump sum and leave the rest of my pension where it is – why am I being told no? Steve Webb replies

I am 58 and have two pensions, one from a previous employer and one from my current employer.

I had recently enquired about taking the 25 per cent tax free lump sum from my first pension and I have just received a letter from the pension people saying that I can take the 25 per cent pension commencement lump sum (as they call it) but I would also have to take my pension (75 per cent remaining) as early retirement with it.

I didn’t want to do this as I am working on until retirement age and would have liked the 75 per cent to remain until it matures. 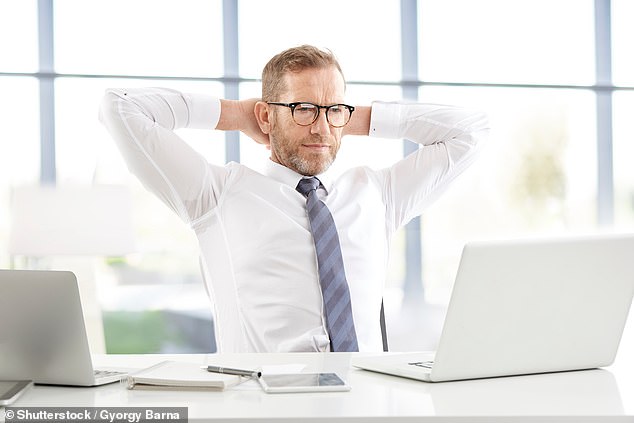 Pension rules: I only want to withdraw 25% but am being told I have to take the lot (Stock image)

Can you advise? Is this correct? If yes, why would this be the case? All articles I have read say you can lift 25 per cent tax free from your pension after you become 55.

Steve Webb replies: The short answer is that there is a way to access the lump sum from your first pension and leave the rest of the money invested, but it has to be moved first to a different sort of product.

As I explain below, you will also have to be very careful how you do this to make sure you don’t trigger a big cut in the amount you can contribute to the pension with your current employer.

As you rightly say, once you reach the age of 55 you can indeed access the money in a pension pot if, as I am assuming from how you describe it, that we are talking here about a ‘pot of money’ or defined contribution pension.

I discussed the pros and cons of moving and accessing a ‘salary-related’ or defined benefit pension in a previous column here and wrote a guide about it which you can find here.

But as regards defined contribution pensions, under current rules you are not able to take part out and leave the rest behind.

Pensions weren’t really designed with this scenario in mind.

Instead you have to transfer the money into something called a ‘drawdown’ account from which it is possible to take some money out now and leave the rest invested.

There are two main sorts of drawdown account and it is vitally important that you select the right sort for what you are trying to achieve.

From what you have said, it sounds as though a ‘flexi-access’ drawdown account would meet your needs.

You can read more about the different sorts of drawdown account on the Government’s Pensionwise website here, but in brief, with a flexi-access drawdown account you can take your 25 per cent tax free at once and then leave the rest to be invested. Any further withdrawals would then be taxed.

The other sort of drawdown account is described by Pensionwise as ‘taking cash in chunks, and is known in the pensions industry by the horrible phrase Uncrystallised Funds Pension Lump Sum (UFPLS).

What this means in essence is that the whole of your pension pot goes into an account and each withdrawal is then a chunk of cash which is 25 per cent tax free and the rest taxed.

Are you mystified by pension jargon?

Just what on earth do ‘UFPLS’, ‘decumulation’, ‘MPAA’ or ‘flexi-access drawdown’ mean? This is Money decodes the horror jargon here.

In your case, there are good reasons why you are likely to want to go for the first of these two and only take the tax-free cash for now. There are two reasons for this.

First of all, as soon as you take taxable cash out of your pension you immediately trigger something called the Money Purchase Annual Allowance (MPAA).

This is a restriction on the amount that you can put *into* a pension whilst benefiting from tax relief.

If there is a chance that between now and pension age you might want to contribute more than this per year into a pension (including any money that your employer contributes) and benefit from tax relief then you will want to avoid triggering this draconian limit which would happen if you were to accidentally take taxable cash out of your first pension.

The second reason to avoid taking taxable cash now is that you are still working and presumably using up most or all of your tax-free personal allowance against your paypacket.

As a result, pretty much any taxable withdrawal you took now from your pension fund would be taxed from the first pound and a larger withdrawal could even take you into a higher tax bracket.

What are the risks of putting your pension in a cash fund or account?

Read more here about the dangers, and some ways to invest cautiously in retirement.

If, instead, you wait until you are no longer in paid work before taking taxable cash then you should find that you pay much less tax overall.

Incidentally, I am impressed that you are looking to make sure that the rest of your first pension pot remains invested rather than cashing it all in!

You may be interested to know that the regulator, the Financial Conduct Authority, has expressed concern about people cashing in the whole of their pension pot simply to get their hands on their tax free cash and then putting the rest of the money in a current account or a cash Isa paying very low interest, rather than leaving the money invested.

Unlike a pension, an ordinary bank or savings account doesn’t shield your money from the taxman.

Also, although an Isa is tax efficient, low interest rates mean your savings will still be ravaged by inflation, which you can potentially avoid through making higher investment returns over the long term.

As you are still some years from retirement it is a good idea to stay invested with the rest of your money as long as you can, especially as your money may need to last you for several decades in retirement.