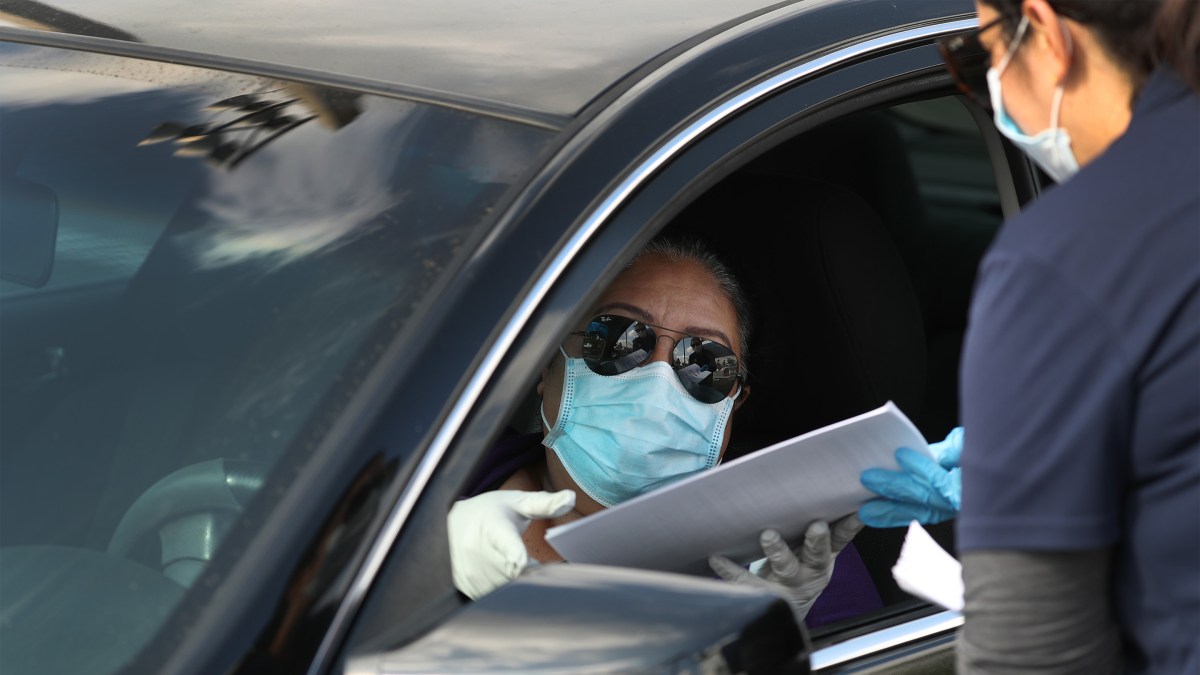 The $600 a week in extra benefits provided to every jobless worker who’s on unemployment insurance right now is set to expire July 31. Part of the CARES Act, the Federal Pandemic Unemployment Compensation program is being paid to roughly 29 million Americans. And if Congress doesn’t do something by the end of next month, it could get economically ugly.

Since COVID-19 hit in March, millions of workers have been furloughed or laid off. Congress has responded by adding the extra unemployment money to every state unemployment check in the country. Economist Michael Strain at the American Enterprise Institute said that is “providing a lot of income security to workers, and it supported overall consumer spending.”

Those payments have replaced 10% to 15% of Americans’ pre-pandemic income. If the money’s cut off at the end of July, Michele Evermore at the National Employment Law Project said nearly 30 million unemployed Americans will be thrown back onto state benefits alone.

“I think people will be very shocked, the day that the $600 stops,” Evermore said. “Workers can earn as little as, like, [in] Arizona, the maximum benefit is only $240 a week.”

She thinks Congress should renew the program at $600 a week until unemployment falls below double digits again.

But Strain argues that the current benefit level is so high it discourages people from seeking new employment.

“Ideally, you would extend supplemental unemployment benefits, but you’d put them on a glide path — start at $300 in high-unemployment-rate states and kind of phase it out from there,” Strain said.

What should not be an option, according to Mark Hamrick at Bankrate.com, is for federal pandemic unemployment checks to stop flowing on a dime in the last week of July.

He said that would raise the risk “that this economic damage does persist because coming into this crisis, most Americans were living paycheck to paycheck, and then, all of a sudden, for many the paychecks ended.”

And they won’t start up again until the unemployment rate falls and there are jobs to go back to.

Will the federal government extend the extra COVID-19 unemployment benefits?

It’s still unclear. Congress and President Donald Trump are deciding whether to extend the extra $600 a week in unemployment benefits workers are getting because of the pandemic. Labor Secretary Eugene Scalia believes the program should not be extended, and White House economic adviser Larry Kudlow said the additional money is disincentivizing some workers from returning to their jobs. Democrats want to keep providing the money until January.

As states lift restrictions, are people going back to stores and restaurants?

States have relaxed their restrictions, and many of us have relaxed, too. Some people have started to make exceptions for visiting restaurants, if only for outdoor dining. Some are only going to places they trust are being extra cautious. But no one we’ve talked to has really gone back to normal. People just aren’t quite there yet.

Will surges in COVID-19 cases mean a return to lockdowns?

In many areas where businesses are reopening, cases of COVID-19 are trending upwards, causing some to ask if the lockdowns were lifted too soon, and if residents and businesses might have to go through it all again. So, how likely is another lockdown, of some sort? The answer depends on who you ask. Many local officials are now bullish about keeping businesses open to salvage their economies. Health experts, though, are concerned.

You can find answers to more questions here.

As a nonprofit news organization, our future depends on listeners like you who believe in the power of public service journalism.

Your investment in Marketplace helps us remain paywall-free and ensures everyone has access to trustworthy, unbiased news and information, regardless of their ability to pay.

Donate today — in any amount — to become a Marketplace Investor. Now more than ever, your commitment makes a difference.