JEFF PRESTRIDGE: The rotten £2bn funerals industry is ripe for reform as families overpay by around £1,000

By Jeff Prestridge for The Mail on Sunday

I have long held the view that Britain’s £2billion-a-year funerals market is not fit for purpose – and is in desperate need of a root and branch overhaul.

Thankfully, I am not a lone voice. The Competition & Markets Authority (CMA) now thinks so too, as does Ian Strang, who with his funeral comparison website Beyond, has put the proverbial cat among the industry’s fattened pigeons.

A bete noire in the eyes of some funeral firms, Strang is a breath of fresh air for consumers. 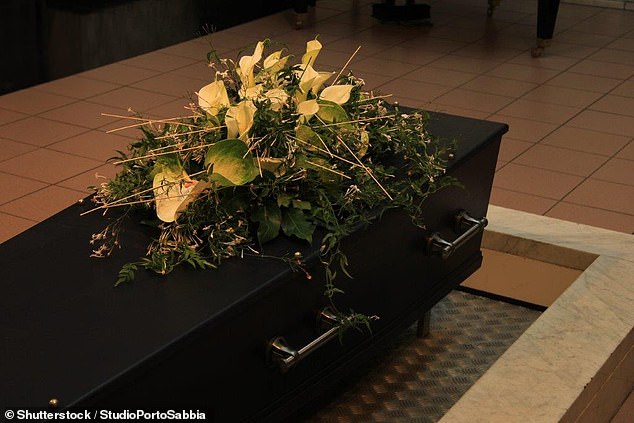 Non-disclosure of prices on funeral directors’ websites is commonplace, leaving the bereaved vulnerable to exploitation

Of course, some independent funeral directors do a splendid job. For example, my father’s funeral 20 months ago was organised sensitively by Lilies, a firm based in Sutton Coldfield, where Mum and Dad lived together for more than half a century.

From the day we walked into the Lilies office to make the arrangements, nothing was too much trouble. Even Mum was impressed – and believe me that takes some doing.

Yet sadly, Lilies is not the norm. The industry is woefully regulated, its handling of complaints is patchy at best, and there is a terrifying chasm between the very best and worst firms.

Stories of bodies being left to decompose may not be everyday news but they pop up far too often for comfort, reminding us that rogues still plague the industry.

The sector is dominated by Dignity, a company listed on the stock market, which aggressively defends its territory like a capercaillie bird (just watch the David Attenborough video on YouTube) in pursuit of profits.

Left unchecked, it would hoover up rivals like an industrial vacuum cleaner. As for transparency, many in the industry are as open on the prices they charge as some retail companies are on their use of sweatshop labour.

Non-disclosure of prices on funeral directors’ websites is commonplace, leaving the bereaved vulnerable to exploitation. And according to Strang, no company is more secretive when it comes to prices than Dignity.

The CMA says that families could save more than £1,000 by comparing prices charged by local funeral directors

Hence the current spat between Beyond and Dignity, with the latter accusing Strang of using misleading prices for its services on his comparison website.

Strang says the prices are based on those quoted by actually going to Dignity branches up and down the country. These flying visits would not have to be made if Dignity was more transparent.

Although some of Beyond’s marketing is, to say the least, a little unconventional – bikini-clad women carrying coffins rather than surfboards – the website is trying to empower consumers.

In stark contrast, Dignity is desperately defending its patch. I know whose side I am on. Consumers first. Always.

One final thought. The CMA says that families could save more than £1,000 by comparing prices charged by local funeral directors. I rest my case.