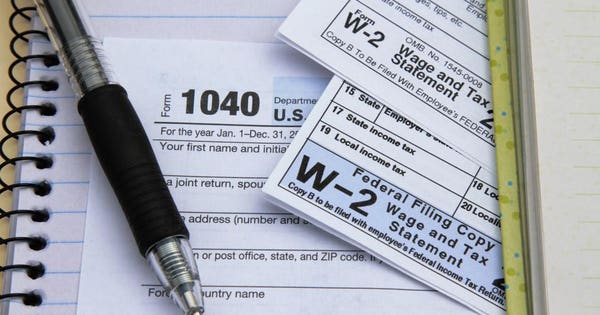 I find it strange that in this day and age, I can choose to get an abortion, but I can’t choose my own employment classification in a job where I sell my body and its nudity .  –

The Tax Court is closed due to the government shutdown creating an unprecedented two-week hiatus on Lew Taishoff’s blog.  Being blessed with a broader mission than Mr. Taishoff’s I have other sources of inspiration.  One that I hadn’t expected to yield a good tax story was the Stormy Daniels twitter feed.  Surprise. surprise, surprise.  Here it is:

I will be protesting with adult entertainers in Sacramento tomorrow.  We oppose the Dynamex decision imposed by the California Supreme Court. State legislators need to give workers a CHOICE.  Join me at the Capitol for a press statement and demonstration.

Apparently, the California Supreme Court decision in the case of Dynamex Operations West Inc has wreaked havoc with the business models of what are sometimes euphemistically called Gentlemen’s Clubs.  That is where gentlemen go to watch ladies disrobe.  Stephanie Clifford (a/k/a Stormy Daniels) is probably the most currently famous practitioner of the art of exotic dancing and she came out with a strong endorsement of the right of entertainers to choose independent contractor status.

She is endorsing a group, for lack of a better term, called the Independent Entertainer Coalition using a single page website – stripperchoice.com. I’m suspending judgment on the bonafides of IEC.

Here is how IEC is described on the website.

The Independent Entertainer Coalition is the largest established trade group for Exotic Dancers in the United States. Established in 2015 by three exotic dancers from Los Angeles, our organization and its charter have grown to over 2,800 signees nationwide!

Our organization was formed largely in response to the anti-worker movements throughout the country that seek to strip away the worker’s choice of deciding her employment status. Generally initiated by radical zealots, ex-dancers, and ambulance-chasing attorneys, these efforts and their associated lawsuits have stripped exotic dancers of their customary choice and instead enslaved them to the tyranny of employment.

That would imply that IEC should show up on GuideStar, likely as a 501(c)(6) trade organization.  IEC also does not show up in a California entity search.  IEC does answer its email.  Katie responded to my question on that issue.

We are in the process of formally organizing since this is a new development.  It’s hard to get traction when the entire State is forcing this on thousands of workers against their will.  We want the flexibility of being a contractor!

I’m not sure how that jibes with being founded in 2015 and having grown to over two thousand members, but I am inclined to give IEC the benefit of the doubt on being grassroots.

Why Being An Independent Contractor Can Be A Better Deal

As Katie explained it to me there are two common types of deals between clubs and dancers.  The dancer can just be getting cash tips and paying a fee to the club ($100 or $200 per night possibly).  In that case, there will be no reporting.  Technically, if the club is not a corporation, the dancer should be giving the club a 1099, but I doubt that ever happens.

In the other model, fees are paid by the patron to the club, which splits with the dancer and sends her a 1099.

In either event, the dancer is going home with cash every night.  Whereas, now, according to Katie she is waiting two weeks for a paycheck.

Then there is the matter of deductible expenses.  They don’t even mention 199A, but that would be another advantage of IC status.

According to the website, some small clubs are closing because they can’t afford the employee model and dancer earnings are down 50% – 70%.  Frankly, the dark picture has my bs detector going off a bit, but I don’t want to put the resources into digging deep into this matter.

Does Dynamex Require The Change?

Unlike the twenty-factor facts and circumstances test that the IRS traditionally used, Dynamex has a three-factor test, with a one strike and you are out formula.  It is called the ABC test and B is going to kill IC status for dancers in just about any club –    that the worker performs work that is outside the usual course of the hiring entity’s business

The holding in Dynamex was about:

…determining whether workers should be classified as employees or as independent contractors for purposes of California wage orders, which impose obligations relating to the minimum wages, maximum hours, and a limited number of very basic working conditions (such as minimally required meal and rest breaks) of California employees

Surveying the other coverage of Dynamex, there is a great deal of uncertainty on that issue, so it is understandable that businesses are shifting in order to avoid the exposure that misclassification can cause.

At the end of the day, if the exotic entertainment business (or whatever you might want to call it) lives and dies by whether its main actors are treated as employees or not, it probably deserves to die.  The IEC position is:

The Independent Entertainer Coalition has one simple demand.

Allow workers, at least those who work as exotic dancers, to continue the decades-long, accepted, and desirable practice of choosing their own employment classification status.

Let those who want to work under the foolish zealot’s “employee model” do so, and let those who wish to break free from employment slavery preserve their natural right to remain Independent Contractors.

Employee v Independent Contractor has never been elective, and it probably can’t be without upending a lot of things.

I could not find any reports on the demonstartion that Stormy promised to attend.